Warwick Baptist Church is a family oriented, multi-generational fellowship based in beautiful Warwick, on the Darling Downs, Queensland. While we are not perfect (yet), our desire is to be a people of influence, empowered by the Holy Spirit to impact our community as we grow, build and share together. 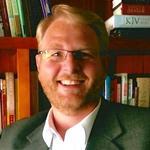 Darren is our Senior Pastor. Darren has ministered in a variety of churches in Qld and South Australia, in Youth and wider Pastoral Ministry since 1996. He is married to Louise and has 3 teenage daughters. Darren’s passion in ministry comes from Col 1:28: “So we tell others about Christ, warning everyone and teaching everyone with all the wisdom God has given us. We want to present them to God, perfect in their relationship to Christ. That’s why I work and struggle so hard, depending on Christ’s mighty power that works within me.”

Darren’s other passion is fine coffee… The shorter and blacker, the better.

Chris is our Associate Pastor.

Chris used to work in retail and IT, but in 2010, he quit fighting with God and went to College to became a Pastor.

He has been at Warwick Baptist since he was a kid, and on staff since 2011. He is married to Deborah and has 3 awesome kids.

While not as addicted as Darren, Chris also enjoys a fine cup of coffee!

Get In Touch With Us Today

Should you require further explanation contact us and let us know what is confusing. We would count it a privilege to assist.

Get In Touch With Us Today

Should you require further explanation contact us and let us know what is confusing. We would count it a privilege to assist.